An Introduction To Blockchain Technology

The hows, whys and whats of Blockchain 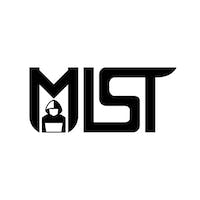 Every time we make an online transaction or any electronic payment, the whole process passes through many checkpoints. These procedures are part of checks and balances between the sender and the receiver of the transaction. This can lead to a long, complex chain of checkpoints, each costing a transaction fee. Usually, it involves banks or other payment processing businesses that keep track of the money. All identities in a transaction are verified to ensure security. This is where blockchain comes into the picture and takes over the process, making it transparent and virtually open.

Blockchain, also referred to as distributed ledger technology, is a public database that makes the history of any digital transaction unalterable and transparent through decentralization and cryptographic hashing. A simple analogy to understand blockchain and how it works is a Google Doc. When we make a Google Document, it is distributed between people or parties instead of being copied or transferred. This creates a system where everyone has real-time access to the document, and everyone can see the changes being done to the document, making the changes completely transparent.

How does it work?

Every chain consists of a block, and each block has three basic elements.

When the chain's first block is created, a 32-bit whole number (nonce) generates the cryptographic hash. The data stored in the block is now considered signed and forever bound to the hash unless it is mined.

Miners use massive computers and special software to solve incredibly complex math problems to find a nonce that generates an accepted hash. As the nonce is 32 bits, but the hash is 256, there are almost four billion combinations that must be mined before the right one is found. When a miner finds the right combination of nonce and has obtained what is called a golden nonce, their block is added to the chain, and the miner is rewarded financially. Thus, mining a block isn't easy, especially on large chains, as finding the golden nonce requires an enormous amount of time and computational power.

Decentralization is an important concept of blockchain. No one person, computer, or organization owns the chain. Instead, it is a distributed ledger using nodes connected to the chain. Nodes are any electronic device that can keep the network functioning and maintains copies of the blockchain.

Every node makes its copy of the blockchain, and the network approves any newly mined block for the chain to be updated and verified. Since the entire system is transparent, every action can be reviewed and checked. When a block is successfully mined, the changes are reviewed and accepted by all the nodes on the network.

Going Beyond Money and Bitcoins

Although blockchain is used in cryptocurrencies, it is far from being its sole application. Created as the transparent distributed ledger system for bitcoin to operate on, blockchain has been associated with cryptocurrencies. Still, the transparency and security of the system have seen growing adoption in several areas, including the development of the Ethereum blockchain.

Ethereum blockchain involves a traditional blockchain system with one fundamental change–the execution of the computer code. It allows developers to create programs that can communicate with one another via blockchain. Programmers can create tokens to represent any digital assets, track their ownership, and execute them using a set of programming instructions. Tokens can be anything like a music file or even a medical record.

Virtually any asset can be tracked and traded on a blockchain network, reducing risks and cutting costs for everyone involved in the process. Blockchain can even be used to track food's provenance–from farm to plate–informing the consumer about the ingredients and their origin in the food they receive.

Hence, blockchain has numerous applications in almost every industry and can make the producer's process virtually transparent and accountable for the world to see.